Basic information
As a pawnee pilot, you can provide great recon and light CAS. The Pawnee is mobile, small
and versatile. As long as you don't take out targets out of your league, like jets, medium and
heavy armour. You are most efficient taking out light armour and infantry, and provide
overwatch for the boots on the ground.

Controls for the piloting of the aircraft are by default as follows: W and S control the pitch of
the aircraft (nose up and nose down). A and D control the roll of the aircraft (turning to the
side). Q and E control the yaw of the aircraft (spinning vertically). Shift and Z are used for
controlling the throttle (going up and down). C is for flares. X is for auto hover. Use the
numbers at the top of you keyboard to switch weapons. The rest can be found in your scroll
wheel.

The pawnee’s great mobility allows you to outmaneuver almost any opponent, get
comfortable low to the ground swerving around objects. 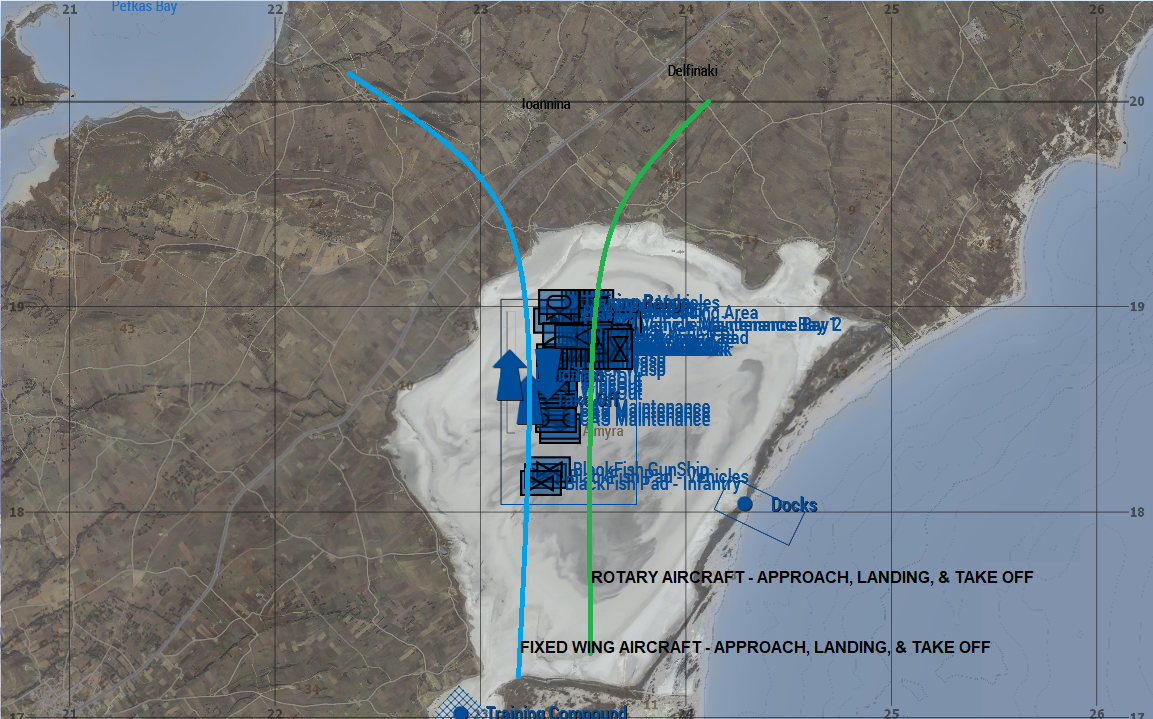 You can request and end missions for yourself using the feature in the scroll wheel. You can
also support infantry squads, but they have to request you using their scroll wheel. Once
attached you can go over to their AO and help them out, you’ll also be able to hear their group
comms. Once done helping, that squad can detach you or you can detach yourself using the
‘End support’ button.

Tips
As the pawnee you have no radar for warnings about bandits or AA missiles, so stay low and
pop flares when doing maneuvers in enemy controlled airspace. Staying low is more difficult
but you best bet is sticking to around 30 meters above the ground. Get lower when a threat
appears, and climb up to 100-150 meters when going in for gun runs.

Be unpredictable, especially when there's enemies around, the pawnee’s mobility allows you
to change direction on a dime, so use this to make it more difficult to get your position.

Never hover with the Pawnee, even when doing recon. The windows on the Pawnee are like
tissue paper, bullet will go through and kill you quite easily. Stay on the move. Keep in mind
that the easiest way to take out a pawnee is to spray machine gun fire to the helicopter, most
of the time, one or two bullets will hit the pilot and incapacitate him.

The best way to take out a target, is too first find out where it is, then do a gun run over, fire
machine guns and/or rockets, and then quickly bend off your path to left or right while
dropping in altitude, all the while going as fast as you can.

Use the terrain, if anything gets in between you and the person who is locking on to you, even
a pole or a tree will interrupt the lock. Swerve around objects, and hills to make it difficult to
shoot you down with an AA missile.

Don’t go in over your head, overconfidence will kill you, when you know there are APC’s or
MBT’s in an area, stay away from that area and notify fellow CAS and infantry to have them
take it out.

You don't have many missiles, so use them wisely, short burst of 2 or 3 missiles will be
enough for almost any target.

For recon, fly at about 50 meters above the ground, swerve around objects, look and listen,
taking small arms? From where? Seeing infantry? Mark it and notify infantry.